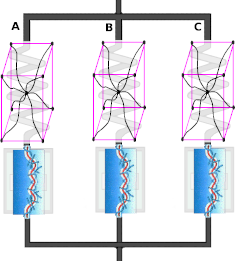 The PolyUMod implementation of the TNV model uses 1, 2, or 3 parallel networks, and one optional failure model. The first three parameters of the material model specifies the network type for each network, and the forth parameter specifies the failure model type.

The model supports the following hyperelastic components: Yeoh, anisotropic HGOB hyperelastic HGOB (Holzapfel-Gasser-Ogden-Bergstrom), and the hyperfoam model. Each of these can be combined with optional Mullins damage. Each network can also have isotropic or anisotropic power-law viscoplasticity. The model can also use a strain or stress based failure model with a failure value that depends on the strain-rate and stress triaxiality.

The following are the key state variables that are used by the TNV model.

The TNV model uses the following material parameters to control the viscoplastic flow rate: [tauHat, mm, bb, p0, fff, epsF, ceps, fss]. The meaning of these parameters is explained graphically in the figures below. 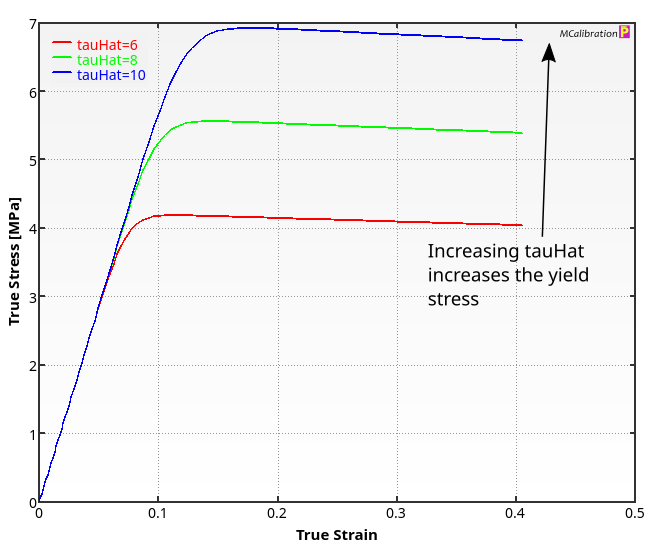 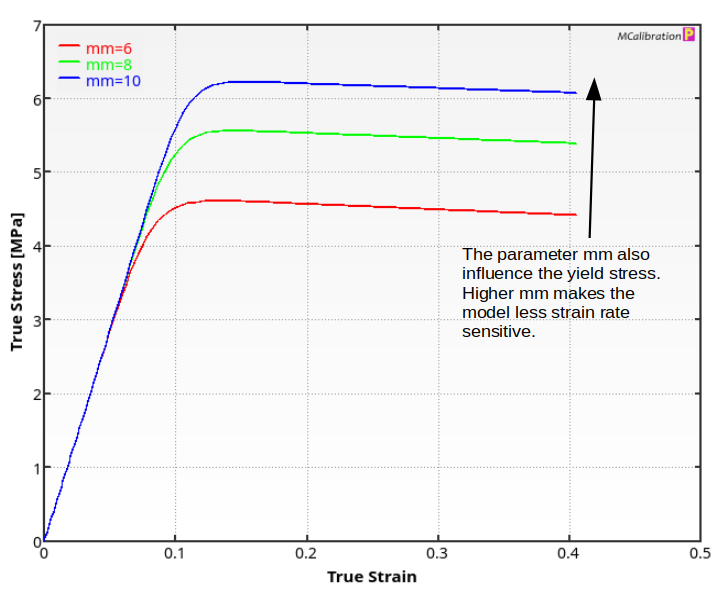 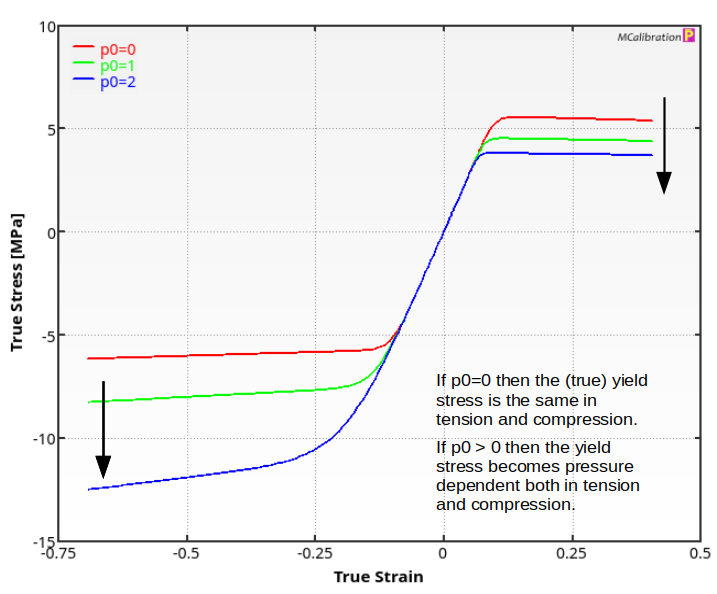 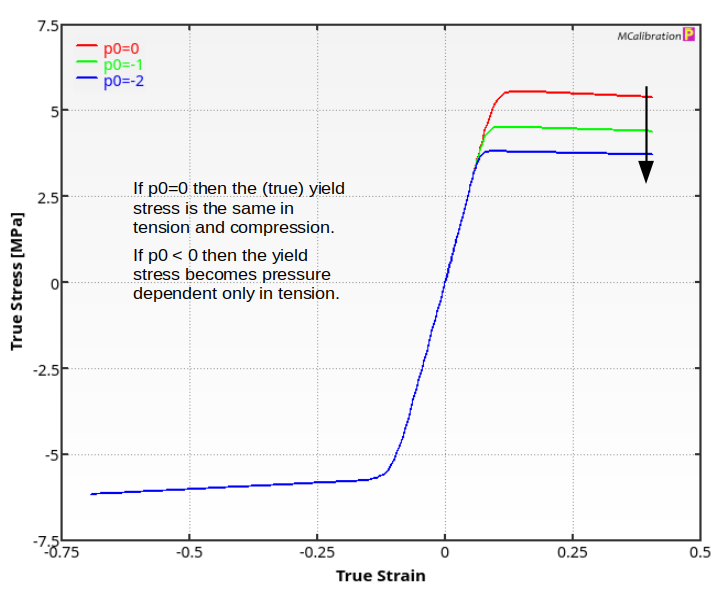 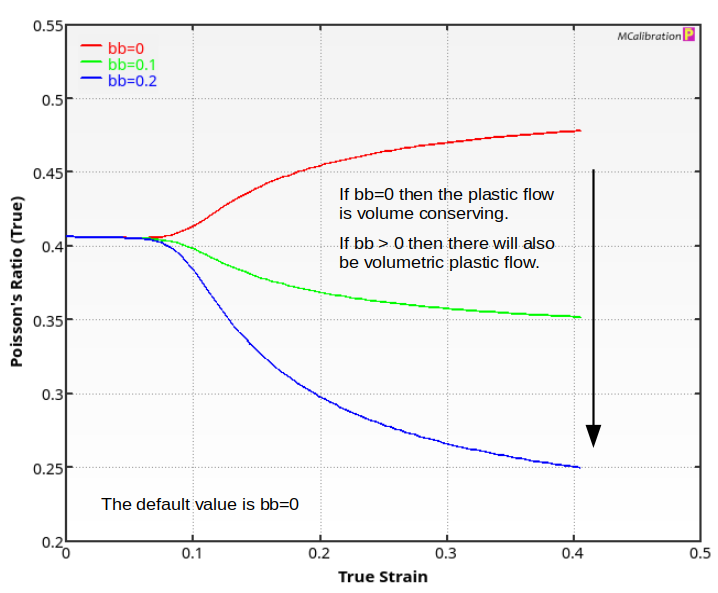 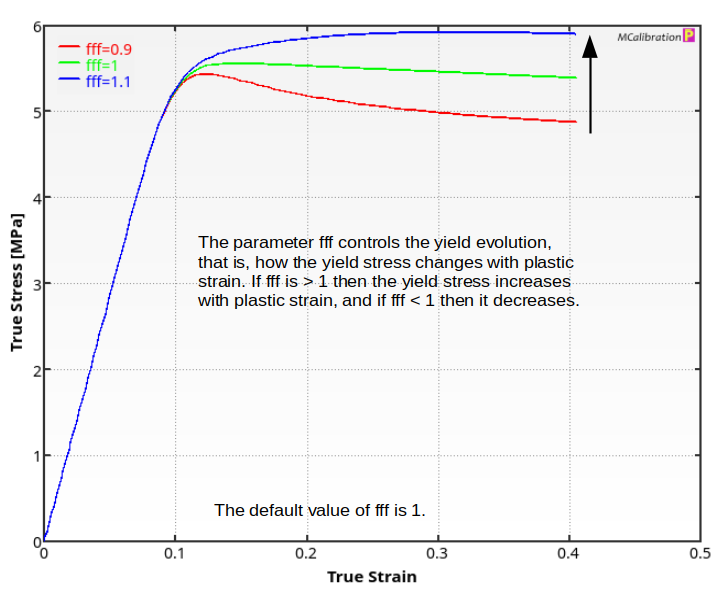 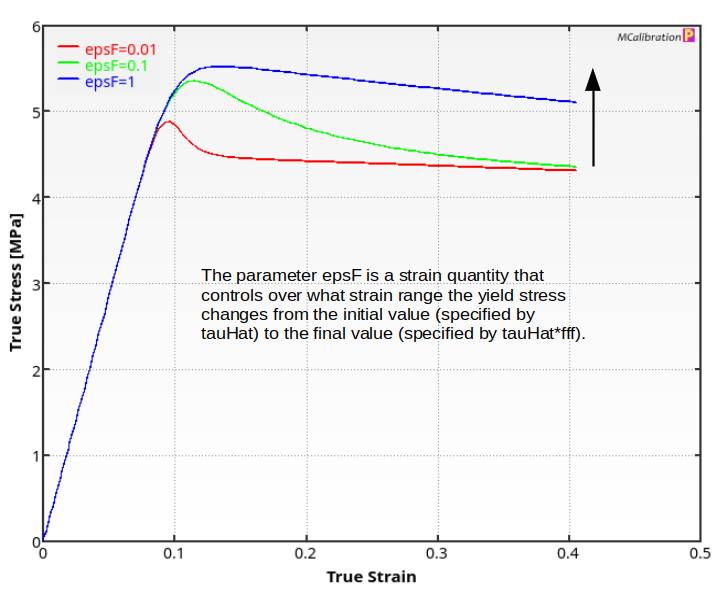 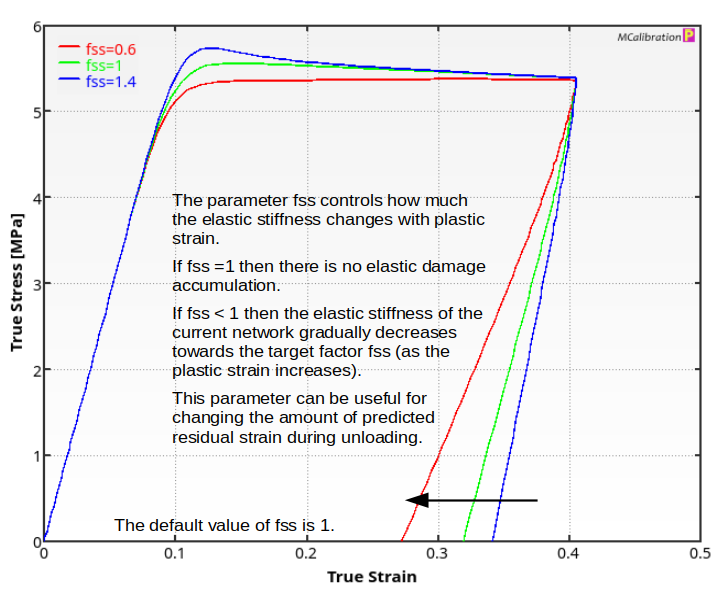 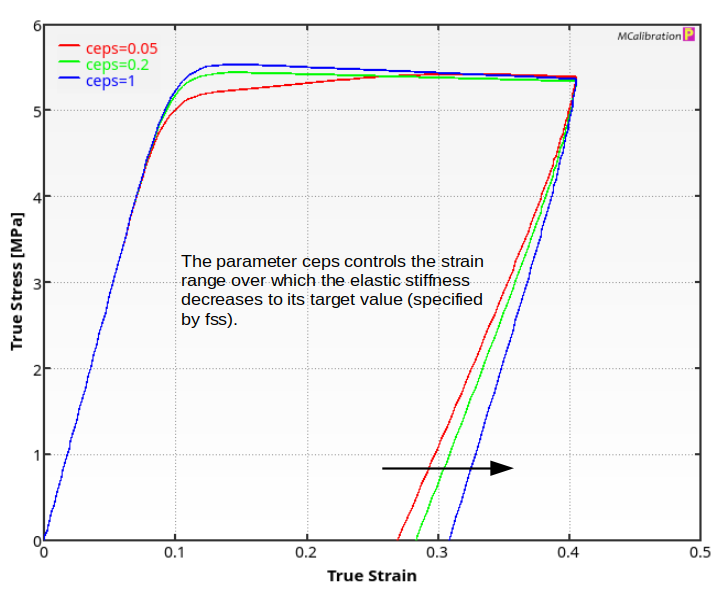 The TNV model supports either a strain-based or a stress-based failure model. The failure stress or strain is compared to either a Mises or Hill stress or strain value to determine if the material point should start to break down. The critical stress or strain can be modified to depend on the stress triaxiality (\(\sigma_{triax}=tr[\sigma]/(3 \sigma_{mises})\)) or the strain rate as indicated in the following figures. 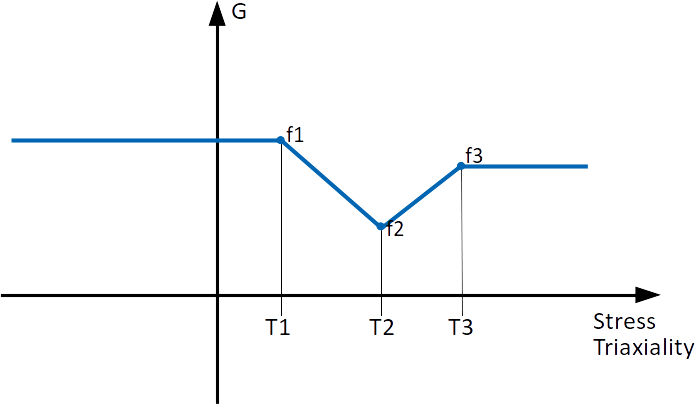 These proposed model structures are starting points for reasonable models. You should always use actual experimental data when developing a material model. 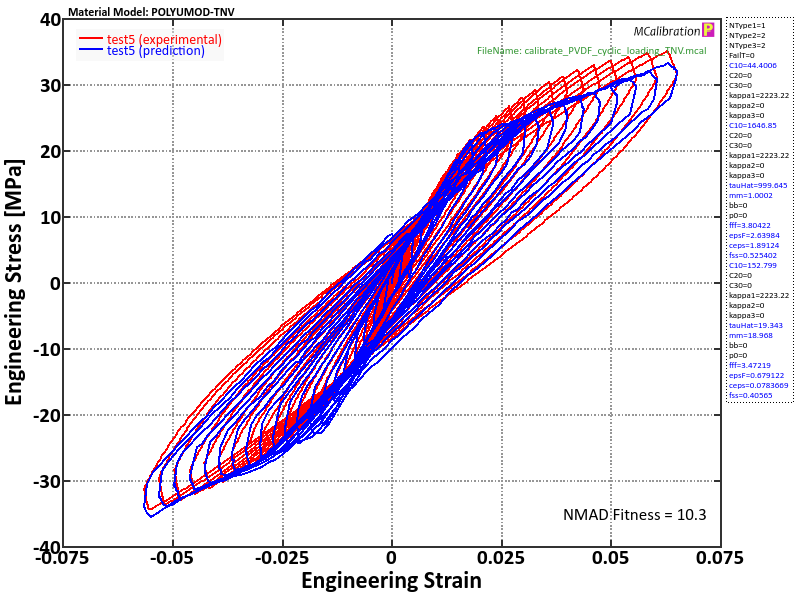 It is difficult to specify an optimal experimental test plan that is based on a small number of experimental tests because the optimal test plan is application specific. If you are interested in the non-linear viscoplastic response of a rubber, thermoplastic, or thermoset polymer at finite (>1%) strains, then I recommend the following “smart” test plan:

If you are interested in a thermoplastic material then I also recommend that you run one uniaxial compression test in order to determine if the yield stress (also called the flow resistance) depend on the hydrostatic pressure.

The results from this experimental test plan is sufficient to calibrate a non-linear viscoplastic material model like the TNV model. 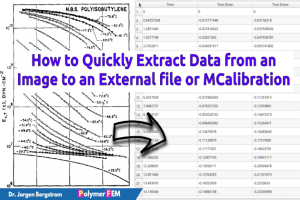 Tutorial on how to extract the data from an image of a graph into either an external data file or MCalibration. The data extraction allows for the use of cubic splines.

This pdf-file list the most common ways to select a unit system for FEA. 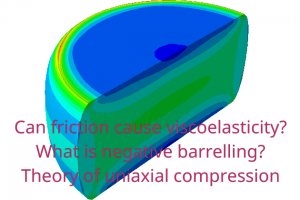 Can Friction Cause Viscoelasticity?