How to Check the License Server Status

Are licenses linked to a specific computer or are they network licenses?

It depends. PolyUMod licenses are offered for a single FE code, and whether the license is node-locked or floating depends upon the FE code selected. More specifically:

(A license server is a central location on a network where licenses are stored and can be accessed by users on the network.)

With a floating network license, you install a license server on a single computer, and install the software on an unlimited number of computers on your network.

The single computer where the floating network license resides can be a server or it can be a personal workstation. If it resides on one person’s workstation, other users on the network (who have downloaded the software onto their own computers) can access the license simply by providing the name of the license-holder’s machine when prompted.

The floating network license also allows users to install PolyUMod on their local machines and to run another software program such as Abaqus on a different computer.

MCalibration is provided as a node-locked license, to be installed on one computer and used on that computer only.

Note that PolyUMod floating licenses can also be generated for use on a virtual server.

Are there any geographical restrictions on the use of a license? If the license is installed on a server in Massachusetts, can someone in California use it as well?

We do not use geographic restrictions. Regardless of a user’s location, the license will work as long as the user has a direct internet connection to the license server.

What are the options for purchasing a license?

Licenses for MCalibration are based on the number of computers on which you would like to run the software, independent of how many cores or instances you use.

Licenses for PolyUMod differ according to the FE code:

How does the pricing work?

Veryst offers two versions of the PolyUMod and MCalibration software. Pricing differs according to the selected version.

Professional Version:
The Professional version offers a license tailored to your specific needs.

Academic Version:
The Academic version is available to currently enrolled students, faculty, and staff of academic institutions. (Student or faculty/staff ID or other proof of enrollment or employment by an academic institution is required, and the number of times this license can be renewed may be limited.)

For floating licenses (all licenses except for the Professional node-locked license option for use with COMSOL Multiphysics and MCalibration licenses), fees are for the license itself—the software can be installed on any number of computers without any additional fee.

All license fees are for a one-year license. A new license is issued when the software license is renewed.

What kind of support is there?

The PolyUMod software comes with an extensive User’s Manual. This manual is installed automatically when the software is installed.

In addition, technical support for the software is available and includes the following:

The professional software licenses include free technical support ranging from one to five hours, according to the details of your license. PolymerFEM can also provide additional technical support, as well as training in the use of the software. To request assistance with using the software, please visit the Forum page.

You will not need a new license when a new version of the software is released. You can continue to use the software version you have already installed or can download and use the new version. (If you wish to download the new version, we recommend that you uninstall your current version first.) Whichever you choose, the license is unaffected.

What information do I need to provide to get a license?

What computer platform do I need to use the software?

The PolyUMod library and MCalibration software are currently available for the following computer platforms:

Note: The PolyUMod library for use with COMSOL Multiphysics or MSC.Marc is currently available only for Microsoft Windows.

What finite element (FE) software does the PolyUMod library support?

PolyUMod is a set of 23 pre-defined material models that can be used to represent the nonlinear viscoplastic behavior of many different types of materials.

Does the software include results and data for materials from the main raw material vendors or do I have to provide test data myself?

The 18 pre-calibrated material models included in the PolymerFEM Material Database are for generic polymers, and the experimental data is not included. Note also that PolyUMod does not include representative data for common materials.

Can I use a material model in the PolyUMod library with my own user-defined subroutines?

Can we use several test data to do the calibration?

The answer is yes, you can use as many sets of data as you wish. Each data set may be given a fitness weight from the “Load Case Setup.”

Do I Need a compiler to use the software?

You do not need a compiler to use the PolyUMod software. The user-material library is already compiled and is provided as a shared library.

How do I use the PolyUMod Software?

There are three simple steps:

1. Install the shared library or custom executable on the simulation computer.

3. Run the FE simulation as usual. The finite element simulations will then automatically use the specific Veryst user-material model library as if it were a built-in feature.

The User’s Manual that details installation and usage is provided with each polymer library.

How do I use the MCalibration software?

We recommend you do the following:

1. Install the software on the simulation computer.

3. Read through the “Introduction to MCalibration” tutorial to learn how to enter data, perform a basic calibration, and export a calibrated material model to ANSYS or Abaqus.

Where can I see the changelog for MCalibration and PolyUMod?

How can I install PolyUMod if I already have MCalibration installed?

One a Windows computer:

One a Linux computer:

How to fix errors related to VCRUNTIME140_1.dll

If you see an error related to VCRUNTIME140_1.dll or VCRUNTIME140.dll when running one of our installers then download and run the latest Microsoft Visual C++ Redistributable for x64. Here is a link and screenshot. Send us a message if this does not solve your problem. 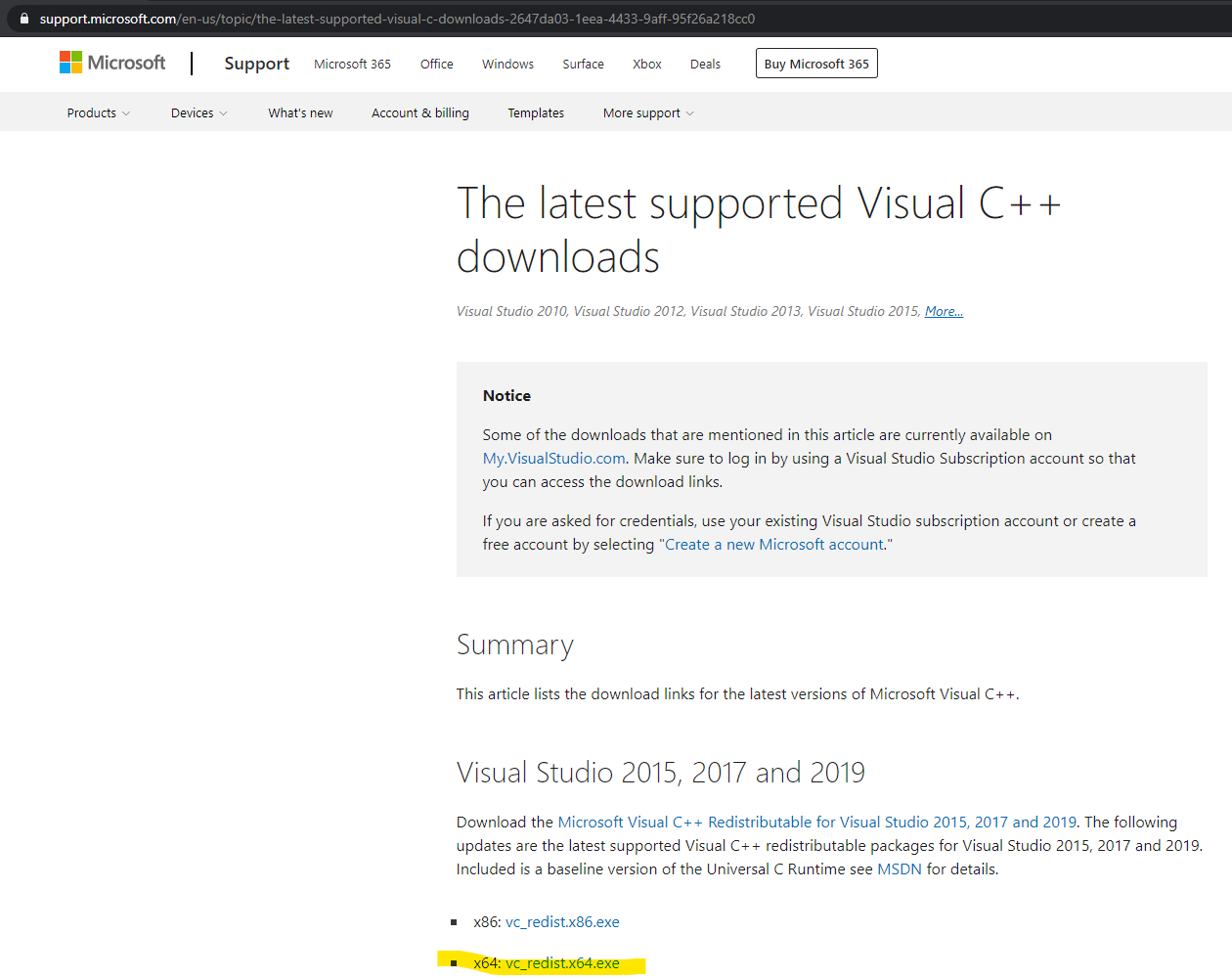