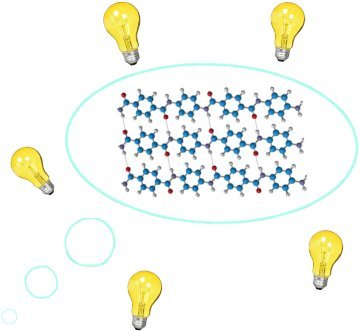 What does it mean to perform “smart” mechanical test? The idea is to extract as much information as possible using a small number of experiments. Clearly, testing a rubber material in uniaxial tension to a strain of 1% can be useful, but if the same test was run to 10% strain that would be a better test since it would be more information rich. After all, it contains both the behavior up to 1% AND the behavior from 1% to 10% strain, using the same number of specimens (one) and essentially the same amount of work. In other words, for the same experimental cost we get more information. But why stop at 10% strain? There is no reason why we would not continue the tension test to failure, or at least to the max strain the test machine can reach.  The reason, again, is that we get more data for the same experimental cost. This leads to the concept of “Smart Mechanical Testing”. Is there an optimal set of tests that one can use to get as much info about a polymer using as little effort as possible? What should such a test program look like? Read on to find out my thoughts on this…

Why to Perform Mechanical Tests?

There are many reasons to perform mechanical tests on a rubber, elastomer, thermoplastic elastomer, thermoplastic, biomaterial, or thermoset (i.e. polymer). For example, it could be for quality control purposes, or simply someone asked for the data. Here, I am only concerned with one specific reason: to get enough information to select and calibrate a suitable material model for finite element simulations.

Testing According to ASTM, ISO, and Other Standards

I like the tensile specimen geometries (dog-bone shapes) that are prescribed in the standards, but the details of the load history are not optimized for material model calibration purposes. We can do better!

One of the main challenges predicting the mechanical deformation response of a polymer is that the mechanical response is typically very non-linear. Almost all polymers exhibit the following behaviors:

In addition, some polymers exhibit damage accumulation during cyclic loading. For rubbers, this effect is called the Mullins effect.

The viscoplastic behavior can be experimentally measured by running tests over a wide range of strain rates, together with stress relaxation (or creep) experiments at different strains (or stresses for creep tests). Unfortunately, that becomes a large number of tests. If we select 5 strain rates and 5 strains for the stress relaxation, that  becomes 25 different tests. That does not sound very smart, does it?

To overcome this issue I am big fan of cyclic tests with stress relaxation segments. The following image shows the general idea. 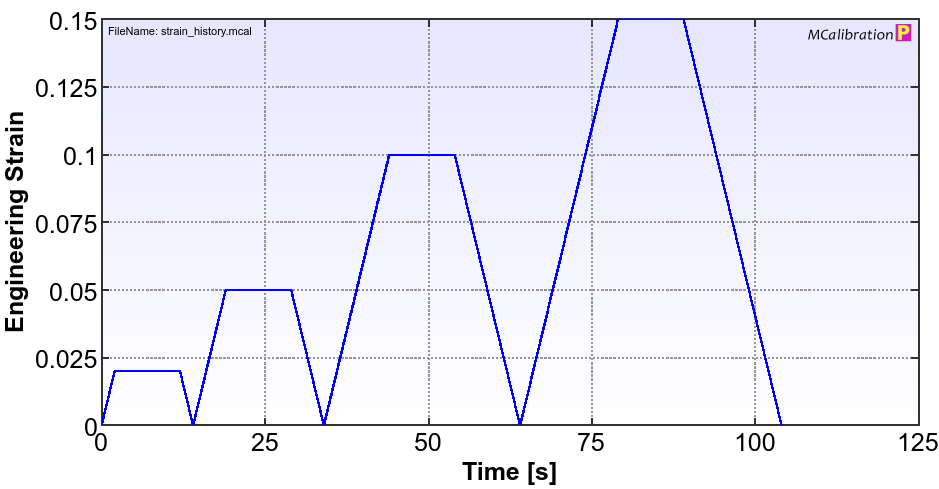 In this example, the material is pulled to 2% strain, that strain is then held for a short time, after which the strain is unloaded back to zero (0). The load cycle is then repeated with larger and larger strain amplitudes. This type of test allows for direct measurement of the non-linear elastic response, the viscoplastic response, the stress relaxation response at different strain levels, and the unloading and recovery response at different strain levels.  That is a very comprehensive and rich data set.

The figure below shows a similar, but slightly different test program. In this case each load-hold-unload cycle is repeated 3 times, before continuing with the next larger strain level. The idea with this modifaction is to determine if the material gets damaged during repeated cycles. Some elastomers certainly exhibits this type of damage accumulation, and experimentally quantifying it can be quite useful for the material model selection and calibration. 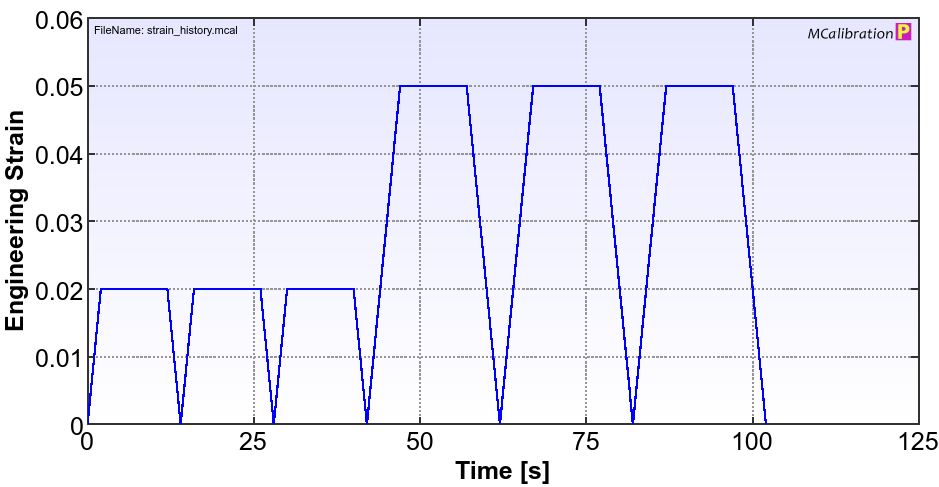 There are many other options for how to perform cyclic tests for material model calibration. The figure below shows a test with 10 load control cycles at a fixed stress amplitude, followed by additional cycles with increasing stress amplitude. The figure also shows experimental stress-strain data for a thermoplastic material illustrating how the material gradually  creeps during the load cycles. This type of test is useful for extracting the viscoplastic response, but could be modified to extract even more info if each load cycle contains a segment with constant stress.

The following example shows data from a strain controlled experiment with increasing strain amplitude. In each cycle, the strain is held constant for a short amount of time allowing for some stress relaxation. Another interesting feature of this test is that the stress goes to both tension and compression, which can be quite useful for material models calibration since the yield stress is often higher in compression than in tension.

If you run Smart Experiments of the type promoted here then you will get experimental that that has a rather complicated strain history with non-constant strain rate. At first sight you might wonder what to do with that type of experimental data. Do not worry, MCalibration is the perfect tool for analyzing the generated experimental data.

The approach that MCalibration is using is to follow the exact strain history that what used in the experiments, there is no need for the experiment to have constant strain rate. You can go as crazy as you like when you design your experimental test programs!

The exact details of what strain history will be most useful depends on the material. I often  perform load cycle options 1 and 2, and I often repeat each test program at two different strain rates. Let me know in the comments below what load history that you think is most useful. 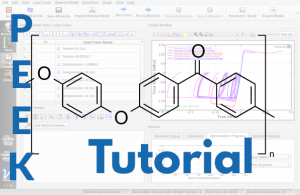 Part 1 of a tutorial series on how to calibrate a material model for PEEK. The focus is on the experimental testing. 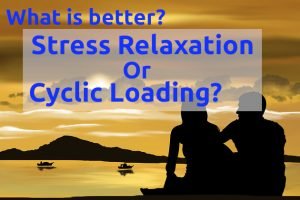 How to Calibrate a Temperature-Dependent Abaqus Hyperelastic Model

It is easy to quickly calibrate a temperature-dependent Abaqus Hyperelastic model. This article shows how using MCalibration.