The definition of simple shear is shown in the following figure. The top surface of the specimen is displaced to the right a distance dx, while the bottom is held fixed and the distance between the top and bottom surfaces (dy) is held constant. The ratio dx/dy is often called \(\gamma\) and is equal to the shear strain at small deformations.

The left side of the figure also shows the deformed shape of a simple shear specimen with an initial height that is about equal to its width. Here are a few key observations:

It is more difficult to derive a closed formed expression for the true shear strain, but fortunately it is easy to perform the calculation numerically using the computer language Julia. If you have not tried Julia before, you should. It is like Matlab, but it is faster and it is free!

Here is the Julia code to calculate and plot the different shear strains:

The most common way to perform a simple shear experiment is to use an adhesive to attach one or two specimens in a single or double lap shear fixture. As quick FE study will show, however, that the deformation field in the specimens in these tests is not just simple shear, but it also contains a more complicated multiaxial deformation field at the edges. The following figures show that the error caused by these edge effects can be more than 15%, which is terrible! The accuracy of the experiments can be improved by using specimens with a height that is much smaller than it width. As an example, if the shear specimens have a width that is 5X larger then their height, then the experimental error is less than 3%. 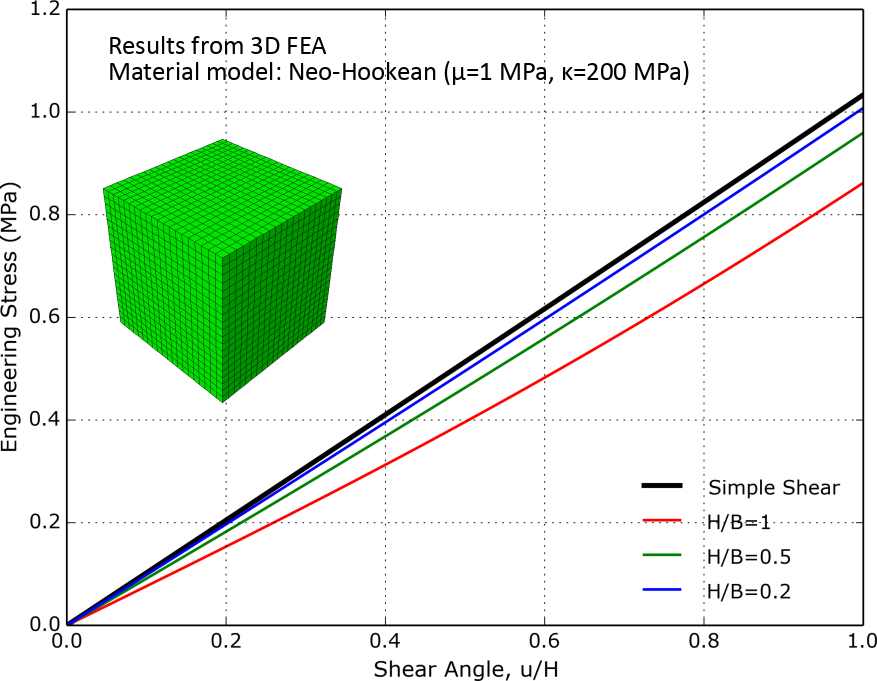 Do the following to get accurate simple shear data: 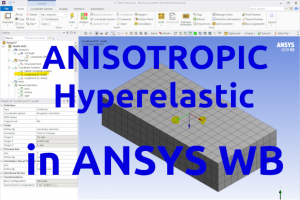 Quick demo on how to use an anisotropic hyperelastic model in ANSYS Workbench. 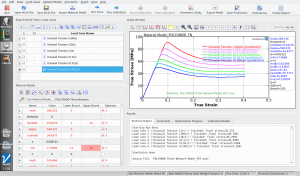