In this tutorial series I will describe in detail how one can select and calibrate an accurate material model for polyether ether ketone  (PEEK). PEEK is a high stiffness (E=3.6 GPa) and high strength (UTS=100 MPa, strain to failure about 50%) semicrystalline thermoplastic with a glass transition temperature of about 143°C and a melting temperature of about 343°C. It is used in many applications requiring high strength, such as high temperature seals; and in biomedical devices like fusion cages, ligament anchors, and dental implants. Some of the big manufacturers of PEEK is Victrex, Solvay, and PolyOne.

This tutorial will discuss both a suitable experimental test program for PEEK, and how to select, calibrate, and compare the predictions from different material models (also called constitutive models). I have divided this tutorial series into different parts, since it is so much material to cover.

Note that the information presented here is applicable also to other thermoplastics!

We tested a generic PEEK material in uniaxial tension and uniaxial compression at different strain rates. The figure below summarizes the experimental data. 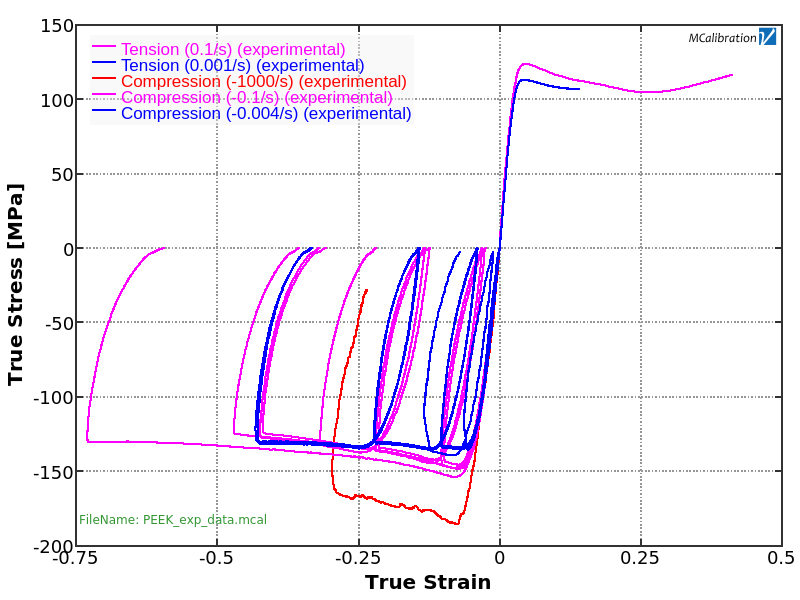 In tension, we characterized the material response using two engineering strain rates (0.001/s and 0.1/s). In compression, we used three different engineering strain rates (-0004/s, -0.1/s, and -1000/s). The slow and intermediate strain rate test were performed on a traditional electromechanical test machine, and the high rate compressive tests were performed on a custom-built drop tower. As is typically seen for thermoplastic, the Young’s modulus does not change with strain rate, but the yield stress increases significantly with strain rate. 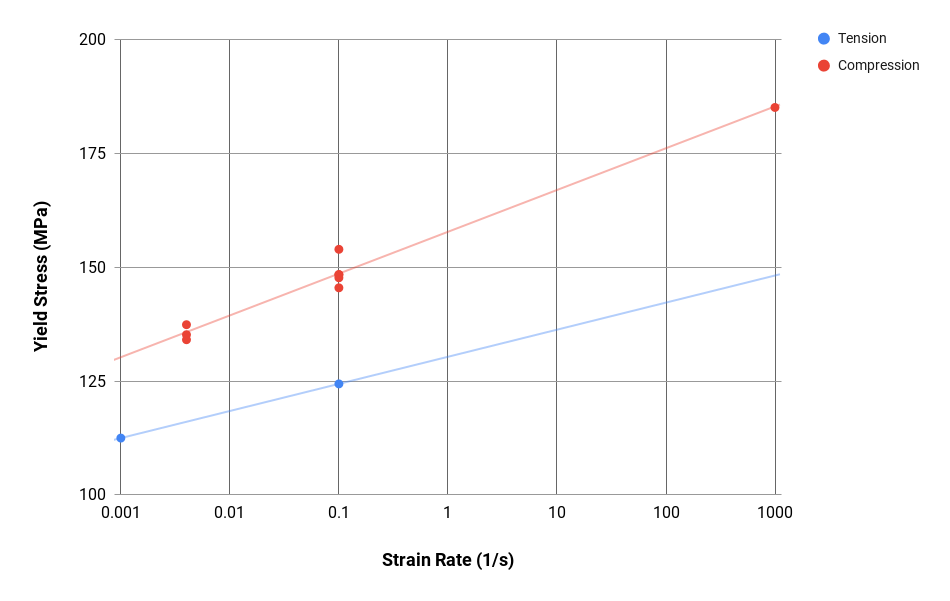 Note that we only performed uniaxial tension and uniaxial compression tests on the PEEK. We did not perform any shear tests, biaxial tests, plane strain tests. The choice of only using uniaxial tests was motivated by the material modeling approach that we will use. In other words, in this case it is not necessary to test the material in different loading modes. This is very convenient since it reduces the number of experiments that are required.

PEEK is a viscoplastic material with a stress-strain response that is highly non-linear. Fortunately, as will be shown in this tutorial series, the material response (deformation, stress-strain, and failure) can be accurately modeled is we use an appropriate material model. And there are multiple options that are good.

In the next part of this series, we will setup the material model calibration using the MCalibration software. Tutorial on how to write a full FE solver in 200 lines of Python code. This is part 2 in our series. The focus is on using an external file. 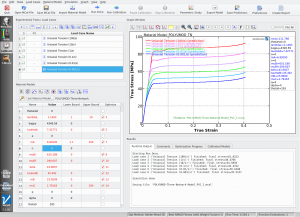 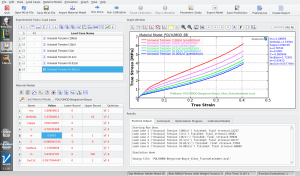