Is ChatGPT a Useful Tool for Polymer Mechanics?

ChatGPT (Generative Pre-trained Transformer) is an AI tool developed by OpenAI. It has received a lot of attention lately due to its ability to answer questions directly. This is very different than Google’s search engine that does not answer questions directly but instead provides links to web pages that hopefully contain the answer. In this article I will try to investigate how good ChatGPT is at polymer mechanics. Is this tool something we should all use in our own work? The sections below contain some more or less random questions related to polymer mechanics, and the answers from ChatGPT.

Question 1: Which is the best finite element program?

It lists some commonly used FE software, and the text is mostly correct. Not too bad.

Question 2: What is your favorite hyperelastic model?

As an artificial intelligence, I do not have personal preferences or feelings. However, I can provide information on hyperelastic models, which are mathematical models used to describe the behavior of elastic materials that exhibit nonlinear behavior, such as rubber and other polymers. Hyperelastic models are commonly used to analyze the deformation of materials under large strains, such as when a rubber band is stretched or when a rubber seal is deformed.

Ultimately, the choice of hyperelastic model will depend on the specific application and the desired level of accuracy and complexity.

Again, the answer is mostly correct, but it does not provide much information besides listing three hyperelastic model names. I am not too impressed.

Question 3: What do you think of the Bergstrom-Boyce model?

The Bergstrom-Boyce model is a material model that was developed to describe the behavior of metal matrix composite (MMC) materials under uniaxial tensile loading. It is a constitutive model, which means that it is used to describe the relationship between the applied stress and strain in a material. The Bergstrom-Boyce model is a viscoelastic model, which means that it takes into account both the elastic and viscous behavior of the material.

The Bergstrom-Boyce model is based on the idea that the behavior of MMC materials can be described using a combination of linear elastic behavior and viscous behavior. It has been used in a variety of applications, including the analysis of MMC materials under uniaxial tensile loading and the prediction of the fatigue life of MMC materials.

Overall, the Bergstrom-Boyce model is a useful tool for analyzing the behavior of MMC materials under uniaxial tensile loading, and has been widely used in the field of materials science and engineering. However, like any material model, it has limitations and may not be appropriate for all applications.

This is just wrong. I wonder how it came up with metal matrix composites?

Question 4: What material model should I use for a thermoplastic?

The appropriate material model for a thermoplastic will depend on the specific application and the desired level of accuracy and complexity. Thermoplastics are a type of polymer material that can be melted and reshaped multiple times without degradation, and they have a wide range of properties and applications. Some common material models that are used to describe the behavior of thermoplastics include:

In general, the choice of material model will depend on the specific properties of the thermoplastic material being analyzed and the type of deformation it is expected to undergo, as well as the desired level of accuracy and complexity of the analysis. It may be necessary to use a combination of different material models to accurately describe the behavior of the material under different conditions.

At first sight it looks like a reasonable answer, but it is very vague.

Question 5: Tell me about the Gent model

The Gent model is based on the idea that the behavior of rubber-like materials can be described using a combination of linear elastic behavior and viscous behavior. It is defined by a set of constitutive equations that describe the stress-strain relationship of the material, and it can be used to predict the deformation of the material under various loading conditions.

I thought the answer was OK until I saw the statement about “combining linear elastic and viscous behavior”. That is just wrong.

Question 6: What are some common limitations of linear viscoelasticity?

Overall, linear viscoelasticity is a useful model for many materials and applications, but it is important to be aware of its limitations and to choose an appropriate model for the specific material and deformation conditions being analyzed.

It starts by saying that linear viscoelasticity is only valid for materials that exhibit a linear relationship between stress and strain. That is wrong.

Question 7: When does polyethylene fail?

Polyethylene is a type of polymer material that is known for its high strength, toughness, and chemical resistance. However, like all materials, it can fail under certain conditions. There are several potential causes of failure in polyethylene, including:

This is a pretty good answer.

I would not rely on the ChatGPT AI to answer specific polymer mechanics questions. At least at this time, perhaps sometime in the future it will be better. More generic questions is answered more correctly. I’m not sure, however, of the generic questions are answered any better than what is provided by Wikipedia, for example. It is a fun tool to play around with, you should check it out if you have time. 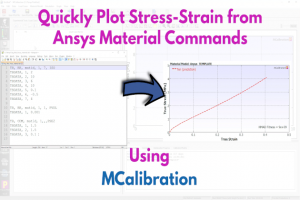 Most tests are in displacement control, but residual strain is measured in load control. This article explains how to use this mixed data. 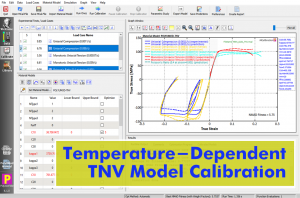