It appears that Abaqus 2020 only support RedHat, CentOS, and SUSE Linux. One of my computers is running Ubuntu 19.10, which currently is the latest version of the most popular Linux distribution. Clearly it must be a way to install and use Abaqus also on this OS, at least that is what I thought when I started this exercise.

First I copied the Abaqus intallation files to my Ubuntu computer and simply tried to run the installer. That did not work. The installer has multiple checks that it is running on an “authorized” Linux OS. I started to remove these checks, but it was a lot of work, and I did not feel confident that it would work in the end. Instead I installed Abaqus 2020 on another computer running CentOS 7, which is a supported OS. I then used tar to create archives of the created installation folders (DassaultSystemes and SIMULIA). This took a while, but once it was done I copied them (using scp) to my Ubuntu computer and then just extracted the archives to the proper locations. This fixed the problem. I now can run Abaqus and CAE on also on my Ubuntu computer. Very nice!

The only problem that i have left is that abq2020 standard does not terminate properly once a simulation finishes. That is, once the simulation finishes it just gets stuck, and I don’t get the command prompt back. I have also noticed this issue when running abq2020 standard on CentOS 8. The issue does not occur with Explicit. Does anyone have a fix for this? My best solution, so far, is to use a command like the following, or run the job in the background:

I suspect this is an issue with Abaqus that will be fixed in the next release. This problem has been fixed in Abaqus 2022. 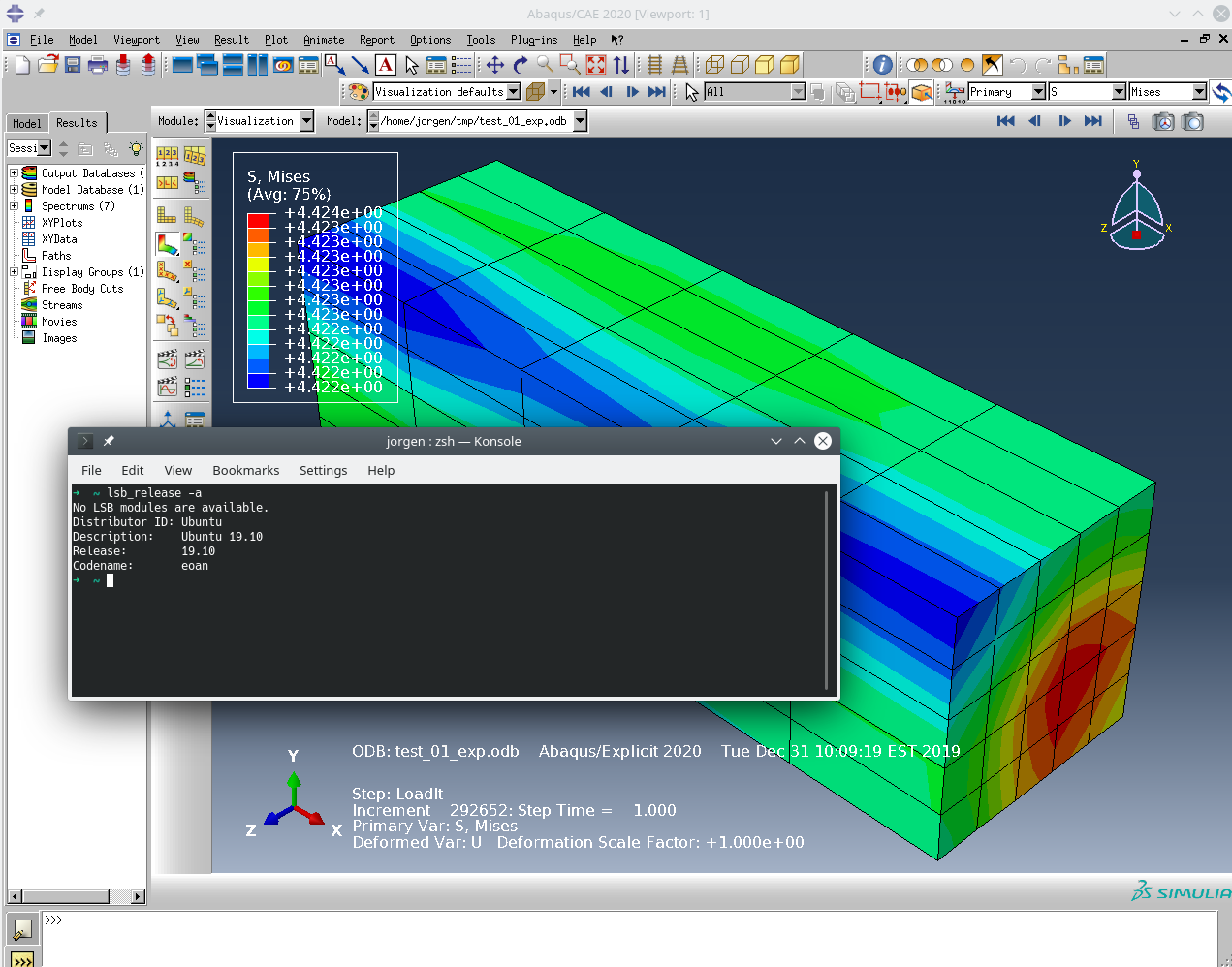 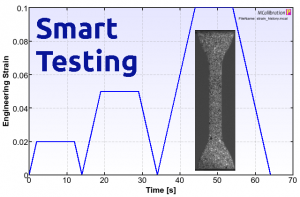 Smart mechanical testing is about how to extract as much info as possible using a small number of experiments. 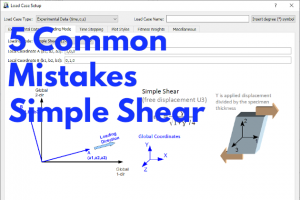 Description of how to analyze simple shear data. Also discusses how to perform simple shear tests and how to use the data in MCalibration. 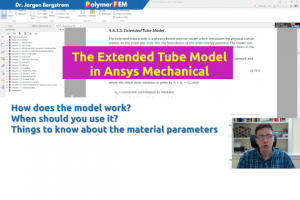 The Extended Tube model is one of the most accurate hyperelastic material models available, but it can be difficult to use if you don’t understand how the material parameters influence the predicted stress-strain response. This article will demonstrate that by example.